With increasing regulations and social demand for climate-friendly options, there are certainly many changes coming to the HVAC and Refrigerant industry over the next few years. This sentiment was a strong theme in the recent Natural Refrigerant Trade Show. Understanding the trends and changes in consumer demand and regulations presents an opportunity for manufacturers to play a more prominent role in developing solutions.

The charge to embrace more sustainable options is led by the West Coast, primarily by the California Air Resource Board . With dense populations in the region, slight changes to regulations can be more acutely felt here. And the state of California is not alone in recognizing that in the absence of stricter federal measures, states may adopt more stringent regulations. Washington is moving forward by implementing the new regulations now, rather than waiting for January of 2023. These developments will become the defacto standard for the rest of the industry rather than develop and support state specific standards.

The support for technologies and solutions that have less of an impact on the climate is putting pressure on HVAC Original Equipment Manufacturers (OEMs) to design new components that support Low Global Warming (LGW) refrigerants. Included in these technologies are refrigerant gas sensors that can detect leaks early and help to mitigate any potentially hazardous situations.

New refrigerants also include a classification that rates their LGW potential, flammability, and toxicity. For instance, a rating of A3 may indicate a good solution for global warming, but a bad one in terms of confined spaces where sparks are present. A2L presents a better balance of cost, toxicity, and climate impact. A rating of A1 might fit many of the refrigerants that are currently on the market. They are a bad standard, in that they are terrible in terms of their impact on global warming, and they are also bad for power consumption, leaks, and maintenance. But they are cheap and widely available – which is why we see them being widely used.

The impact of these regulatory changes and classifications will vary by each market and application. For HVAC units, the emerging standard appears to be R32 and R454 blends. Commercial refrigeration is more likely to resist the changes. Many owners of this equipment, such as those found in grocery stores and mechanical rooms, are trying to preserve their existing systems and refrigerants by employing proactive leak management and converting to A2L’s or A3’s over time. This method allows them to defer the significant capital expense of replacing all of their refrigeration equipment at once.

Further, the rollout of the cooling equipment, refrigeration, or air conditioning equipment based upon A2L refrigerants and others is mandated in the United States to include refrigerant leak detectors for safety. Refrigerant leaks can create exposure to chemicals that pose severe health and safety risks. These chemicals are odorless and tasteless but can cause severe health problems, including headache and dizziness, nausea and vomiting, seizures, loss of consciousness, and even death. Because of the severe health risks and negative impact on global warming and the environment, refrigerant leak detection remains a top priority – and one that demands compliance from all manufacturers.

But what many individuals don’t understand is that in addition to helping to detect, identify, and classify the severity of refrigerant leaks, industrial gas detectors allow staff to initiate corrective actions quickly when a leak does occur. Corrective action can save a ton of money for commercial refrigeration systems in terms of replacing the new refrigerants that are lost when a leak occurs – and the price of these refrigerants is only continuing to climb. Additionally, newer systems also lower the cost of electricity used by compressors. The compressors in old systems must work harder to get the equivalent cooling, which reduces the lifespan of this equipment as it wears out quicker. Moreover, newer systems that incorporate leak detectors and LGW refrigerants can also offer many other benefits for those who upgrade their systems, including more stable and consistent temperatures, space savings, greater reliability, enhanced safety features, and even some automated functionality.

In anticipation of the regulatory changes and the shift in consumer preferences to more climate-friendly equipment, NevadaNano has launched its family of MPS™ Refrigerant MEMS-based gas sensors. These sensors can be applied to a variety of refrigerant gas detection. As we say, we haven’t found refrigerant  that we can’t detect! Our company has already begun working with original equipment manufacturers on R32 refrigerant leak detectors as well as A1 and A3 category of gas detection alarm systems.

While it’s still early in the game for the rollout of these technologies, the MPS family of sensors offers a few distinct advantages over competitors. Unlike infrared combustible gas sensors or catalytic bead sensors, NevadaNano sensors incorporate technology with better performance across all environments; this includes immunity to poisoning and no drifting over a lifetime that is greater than ten years. These factors combined can help to lower cost while still improving the reduction of undeterred gas leaks. The MPS sensors make financial sense, ensuring that you make the right decision about your equipment’s performance as well as the best decision possible for the environment.

As Ilana Koegelanberg stated in her speech Global Natural Refrigerants Market: Trends and Developments to Watch at the Natural Refrigerant Trade Show, “100% of the A3-powered cooling systems in the world leak.” Clearly, there is an opportunity to make a dramatic difference in performance. NevadaNano is proud to offer solutions that improve safety AND contribute to mitigating the climate damage caused by refrigerant leaks. Our company sets a high standard, and we are excited to be at the leading edge of technology that is making a substantial difference in the fight against climate change. 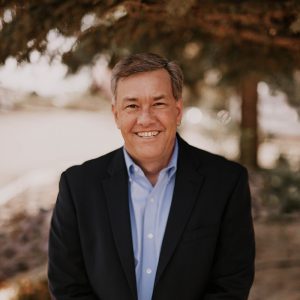