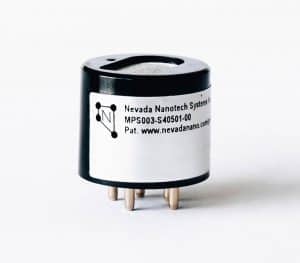 NevadaNano announces the release of the new MPS Family of Gas Sensors. NevadaNano designed these sensors for broad application where combustible gas safety and gas leak detection are critical. They are the first to accurately detect and classify flammable, methane, and A2L refrigerant gases using a single calibration.

The NevadaNano sensors are more energy efficient and accurate for gas detection than traditional catalytic bead sensors or NDIR combustible gas sensors. NevadaNano launched the initial form factor of its sensor in October 2018.

Because of its long-term stability and reliability, NevadaNano’s sensor has a lower cost of ownership than catalytic bead type sensors. The MPS™ Gas Sensors will not “poison” or stop working when exposed to common industrial chemicals. This eliminates the need for frequent, costly manual calibrations. More importantly, workers can count on the reliability of the sensors to continuously ensure a safer workplace. 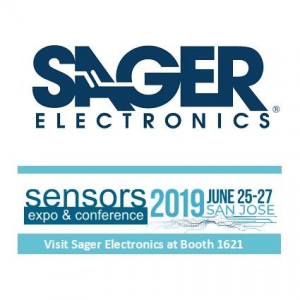 NevadaNano’s full line of sensors will be on display at the Sensors Expo & Conference from June 25-27, 2019 at Booth #1634. The company is also a finalist in the Innovative Product category at the SEC’s Best of Sensors Awards because of the MPS™ gas-sensing technologies.

NevadaNano is the developer of the MPS™ gas-sensing products. These sensors use Micro-Electro-Mechanical Systems (MEMS) structures to detect, identify, and quantify chemicals in the air. MPS™ gas sensors bring the digital scent to the internet, so they are useful in providing information about the air we breathe. For more information, visit NevadaNano.com