For nearly 100 years, pellistor/catalytic bead sensors have served as high-tech canaries in the proverbial coal mine. These sensors alert workers in potentially explosive atmospheres — especially in the mining, gas and oil industries — to dangerous levels of flammable gasses. In the 1960s, nondispersive infrared detectors (NDIR) were introduced. While both categories of sensors have made potentially dangerous environments safer, and they improve with each passing year, major advances in combustible gas sensor technology have only recently been announced.

New designs are solving some of the problems inherent in both pellistor and NDIR sensors, and combining the best features found in both. For example, a new sensor designed by NevadaNano can measure the concentration of flammable and combustible gas mixtures and it can classify detected gases and mixtures into hydrogen, methane, or light/medium/heavy gas. “The MPS Flammable Gas Sensor can identify what kind of combustible gas is present,” says Dr. Hsi, “and it’s smaller in size and can be lower cost.”

“We’ve designed the MPS Flammable Gas Sensor to address the limitations of both pellistor and NDIR combustible gas sensors,” says Mark Brandemuehl, Sr. VP of Sales and Marketing. With one calibration, the new MPS Flammable Gas Sensor delivers accurate measurement of 12 gases and provides stable, reliable results for years. The sensor can be installed in fixed and portable applications. 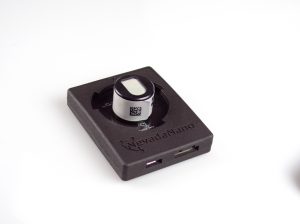 “The critical role of a flammable gas sensor is to reliably alert workers when the level of a single gas or mix of gases has become unsafe,” says Mr. Brandemuehl.  “We believe the MPS Flammable Gas Sensor’s functionality and reliability sets a new standard for worker safety.”