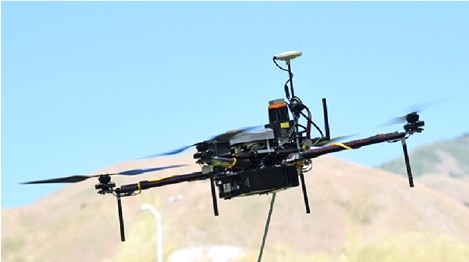 NevadaNano today announced that the U.S. Army has awarded the company and the University of Utah’s DARC Lab the next round of funding for the “Autonomous Broad Spectrum Environmental Sentinels.” The Small Business Technology Transfer (STTR) program started in 2014. The partners successfully demonstrated an autonomous aerial robot with onboard chemical sensing. Thus, this will be used for Nano gas technologies.

For the demonstration in June, NevadaNano redesigned their Molecular Property Spectrometer (MPS) system. The new design was made so that their Nano gas technologies can sense multiple chemicals in a small, 110-gram package. The University of Utah developed an advanced quadcopter aerial robot with up to 40-minute flight times. The robot includes LIDAR object sensing for collision avoidance. The robots have precise GPS with programmable waypoints for autonomous flight through a course at programmed altitudes. Furthermore, they also have auto take-off and auto landing capabilities. The team demonstrates what occurs when the aerial system flying suspects a chemical plume. Firstly, it measures the presence of hazardous gases. Then, it can automatically map the gas plume in an interactive map on a wirelessly connected ground computer. 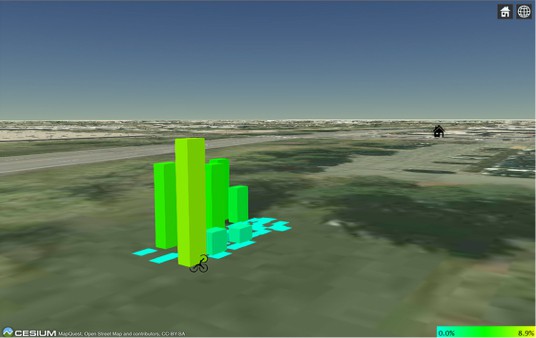 Ben Rogers, Principal Engineer at NevadaNano said, “MPS technology is ideal for an aerial application like this. It delivers sensitive detection of multiple gases in a small, low-power package. Due to MPS technology being extendible, we will continue to expand the library of gases detected, opening up exciting new applications.”

Kam K. Leang, Associate Professor of mechanical engineering and director of the Utah DARC Lab, said, “Having the opportunity to develop such a unique system that can autonomously sense and analyze dangerous gases is exciting. The robot is lightweight, compact, and easily deployed for applications in emergency response and environmental monitoring. Because of this, we are able to keep humans out of harm’s way which is a top priority. We are looking forward to adding more features, developing swarming capabilities, and performing live field tests.”

During the next phase of the program, NevadaNano will improve the LEL gas sensor to handle a broader library of chemicals at increased sensitivities. The University of Utah will add functions for drone-to-drone communications, swarming, and automated area search so that a fleet of drones can quickly detect and map a chemical plume with minimal input from the operator.

The rapid advancement of flying robots will enable applications in military reconnaissance, surveillance, law enforcement, hazardous waste inspection/removal, disaster response, search and rescue, and remote sensing. So the Army anticipates that the technology in this program will detect and map a variety of chemicals, including air pollutants, toxic chemical leaks and spills, chemical plumes from fires, pesticides, biological agents, and chemical warfare agents.

NevadaNano is the developer of the Molecular Property Spectrometer gas sensing technology that uses Micro-Electro-Mechanical Systems (MEMS) structures to detect, identify, and quantify chemicals in the air. The Digital Scent is brought to the Internet because of MPS technology. It provides information about the air we breathe for healthier homes, healthier workplaces, and a safer environment.

About the University of Utah Robotics Center’s DARC LAB

The Design, Automation, Robotics, and Control (DARC) Lab focuses on research and development of advanced control systems and robotics. Micro- and nano-scale positioning systems, scanning probe microscopes, and aerial robots for emergency response and environmental monitoring will be possible due to applications of the research.